For 10 years, the Fund plans to finance projects worth more than $300 million and contribute to the creation of more than 60 thousand work places.

In organizing its work, the Fund relies on business processes and methods specially developed and tested by the Khalifa Fund specialists in the United Arab Emirates and adapted for the conditions of the Chechen Republic by joint efforts of local experts and authoritative international consultants.

The Khalifa Fund was established by the Government of the Emirate of Abu Dhabi, UAE in 2007 to support local enterprises.

The purpose of the Fund is to create a new generation of local enterprises by fostering an entrepreneurial culture among local residents by supporting small and medium-sized enterprises in the United Arab Emirates.

To create a favorable investment climate and develop entrepreneurs' potential, the Fund has developed a whole system of services for businessmen. This system includes training, counseling, information, administrative support, promotion in the market and financing of entrepreneurs.

In 2016, on behalf of Crown Prince Abu Dhabi, Deputy Commander-in-Chief of the Armed Forces of the United Arab Emirates, Sheikh Mohammed Bin Zayed Al Nahyan, the Khalifa Fund initiated the establishment of a branch of the Fund in the Chechen Republic. Works on the creation were conducted with the involvement of Chechen and international experts, and included a study of the current state of the ecosystem of supporting entrepreneurship in the region, identifying problem areas and developing products that most fully meet the needs of local residents. The result of this work was a full-fledged strategy of the Sheikh Zayed Fund for the next ten years, which aims to promote the creation and development of about 3,000 enterprises, and to provide nearly 70,000 new work places. 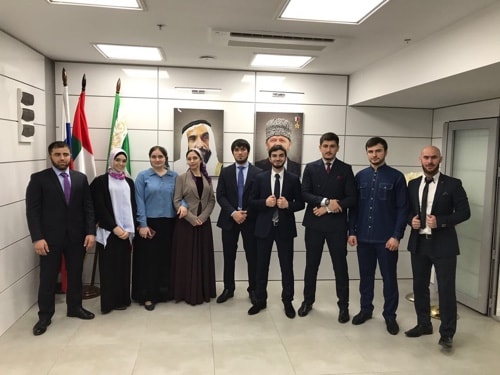 A necessary condition for the fruitful and successful operation of any organization is a team of professional employees.

The staff of the Fund received a special two-week training course at the head office of the Khalifa Fund in Abu Dhabi, UAE, where they got acquainted with both operational processes and practical methods of work.

The Fund employs specialists from various fields, each of which excels in its professional activities and aims to promote the development and promotion of business in the Chechen Republic. 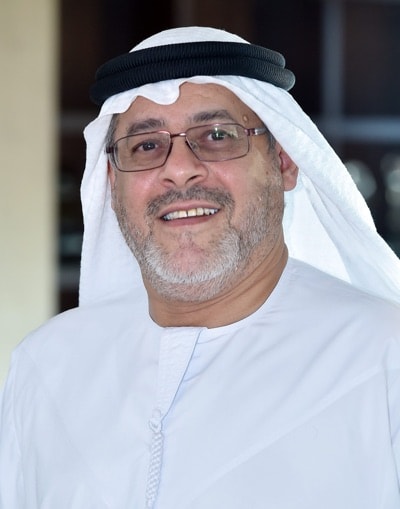 Chairman of the Board of Directors of the Khalifa Fund

The governments of the UAE and the Russian Federation pay special attention to the establishment and development of relations that meet the interests of both countries and contribute to economic development in the name of preserving peace and stability in the regions. One of the most significant projects implemented within the framework of the interstate cooperation between the UAE and the Russian Federation is the establishment of the Sheikh Zayed Fund for the Support of Entrepreneurship and Innovation in the Chechen Republic.

We highly appreciate the honor extended to us by His Highness Sheikh Muhammad Bin Zayed Al Nahyan, Crown Prince of Abu Dhabi and Deputy Commander-in-Chief of the Armed Forces of the UAE. On behalf of Sheikh Muhammad, the Khalifa Fund for Entrepreneurship Support (Abu Dhabi, UAE) established the Zayed Fund in the city of Grozny to become a key element of the business promotion system to achieve a sustainable social and economic impact in the Chechen Republic by providing targeted support to small and medium-sized businesses.

I would like to emphasize that the participation of the Khalifa Fund is by no means limited to the provision of financial resources. In its operational activities, the Zayed Fund relies on the many years of experience of the Khalifa Fund experts, which are based on four main principles: training, counseling, financing and administrative support. Employees of the Chechen office received special training in Abu Dhabi at the head office of the Khalifa Fund, where they got acquainted with the current processes and methods of working with entrepreneurs, and continue to closely interact and consult their emirate counterparts in the course of establishing their activities.

We expect that the Zayed Fund in the Chechen Republic will be able to finance about 3,000 projects totaling more than 300 million US dollars within the next ten years, which will create almost 70,000 work places for the residents of the Republic. 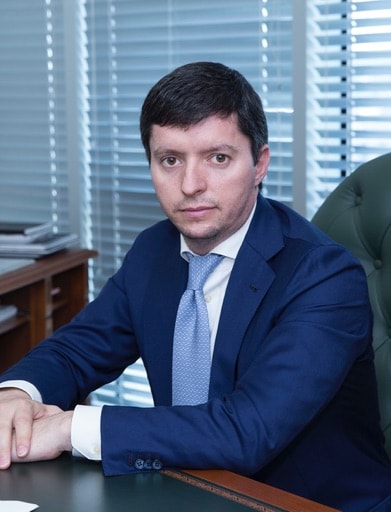 Deputy Chairman of the Government of the Chechen Republic.
Chairman of the Board of Directors of the Sheikh Zayed Fund for the Support of Entrepreneurship and Innovation

We are very pleased that thanks to the efforts of the Head of the Chechen Republic, Hero of Russia Ramzan Akhmatovich Kadyrov, we succeeded in attracting our partners from the UAE and with the participation of the Khalif Fund to create the Sheikh Zayed Fund for the Support of Entrepreneurship and Innovation in the Chechen Republic.

The Board of Directors of the Fund, which includes four representatives of the Emirate Fund Khalifa, approved its development strategy and defined areas of activity for the next five years. The proposed financing products take into account the needs of local business and allow entrepreneurs to receive financing at a reduced interest rate of 11% per annum, with a grace period of up to 12 months and flexible collateral requirements. I would like to especially note that the Zayed Fund will become one of the pioneers in the sphere of providing entrepreneurs of the Chechen Republic with access to Islamic financial products on the principle of partnership participation.

Special attention should be paid to the Fund's training program, which is an integral part of its strategy. For entrepreneurs, special courses will be organized in all key areas necessary for the successful organization and conduct of business.

In general, we are confident that the Fund's activities will be successfully integrated into the ecosystem of business support in the Chechen Republic and will significantly increase the share of small and medium-sized private enterprises in the total economic activity of the region.